We are seeking people to be a part of our team!

Order From One of Our Delivery Partners

Get More Food Deals Sent To You

Get the Online Ordering App

Sam & Louie’s Scottsbluff was opened in June 2013 by Chad & Melissa Schneider. The Schneiders were born and raised in the Scottsbluff area. After graduating from the University of Nebraska-Lincoln, the couple lived in several states, including New York, before moving back home to Scottsbluff.

The Schneiders chose the Omaha-based Sam & Louie’s franchise for its emphasis on quality, fresh foods and friendly service, but also for its focus on improving the communities where they do business.

The location was chosen with the hope of drawing more people to Downtown Scottsbluff.  Built in 1910, this store has been home to many businesses. The brick walls were carefully uncovered and restored to reveal the building’s original character. 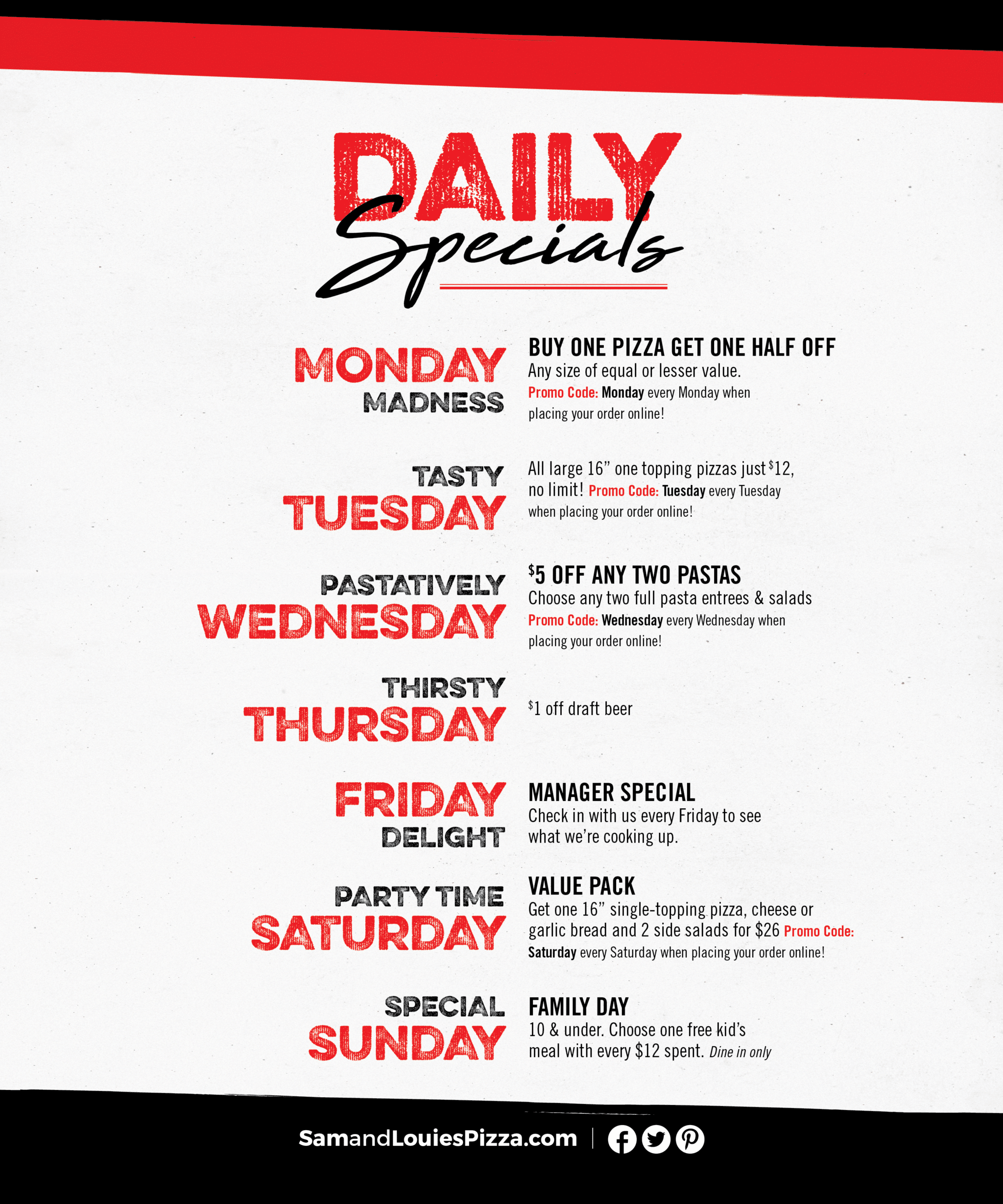 Because You Have Great Taste